Accusations of incompetence can result from poor record keeping and note taking, inaccurate or unclear report writing, failure to consider all sources of information and failure to meet timelines.

Investigators need to take and keep good notes during an investigation. Good notes are the foundation of the investigator’s report, and having no notes or poor notes can undermine the report and the investigator. Notes should be legible. Lawyers can and do ask investigators to read their notes in court or hearings, and being unable to read one’s own handwriting can be an embarrassing experience. 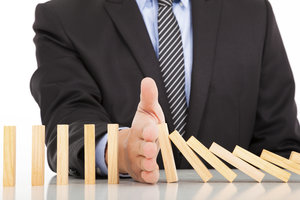 Some investigators take interview notes on a laptop computer, but it is not recommended. Electronic documents can be altered, so an investigator can be easily accused of changing interview notes after the fact. With handwritten notes, changes are apparent. If something is crossed out, everyone can see it, and a lawyer can ask what was crossed out and why. If an investigator needs to cross something out, the same rules apply as for a nurse documenting a health record-a single line through and initials. An investigator should never white out or scribble out a notation so it cannot be seen. If necessary, an investigator should document why the change had to be made.

Interviewing may be the most difficult skill to master as an investigator, and quite often the best interviewers are the best investigators. Investigators need to be proficient in their interviewing and keep in mind the key factors that make for a strong interview. The subject of interviewing is a topic unto itself but generally keeping some key concepts in mind will be helpful to ensuring a proper interview. (See Table 1.)

Investigators in the law enforcement setting are known for having their notebooks and recording their activities each day.

Protecting the Chain of Custody
To keep evidence safe, investigators should do the following:

This is a good practice that regulatory investigators should adopt. Keeping track of daily activities, phone calls, interviews, and the like may be of greater assistance if at some point a small detail is questioned in terms of the investigator’s actions on a given investigation.

Some years ago, an investigator completed a case and submitted his report. At the discipline hearing a year and a half later, a witness testified that the investigator never spoke to her, though the report contained information from an interview with her. However, the notes were lost. They may have been misfiled or set aside; after a year and a half, no one knew. Though this key witness claimed she was never interviewed, she agreed that the information attributed to her in the report was accurate.

As it turned out, the interview did take place-on the telephone. Because the witness lived 200 miles away, the investigator checked long-distance phone records and was able to establish that phone calls had taken place and those phone calls were of sufficient length for the interview. Ultimately, the case was not damaged, but the lesson learned was that investigators must ensure careful note taking, report writing, and record keeping.

To avoid allegations of incompetence, investigators need to consider all sources of information. Thus, they need to be sure they are interviewing all potential witnesses, asking all the appropriate questions, and including all the evidence.

Investigators typically must complete their investigations within a certain period of time. Often, deadlines are not met for reasons that investigators cannot control. Nevertheless, investigators needs to ensure they are not the cause of delays. Prioritizing work and adhering to timelines are key components of an investigator’s work.

Members of the Benard + Associates mediation team have extensive experience in dispute resolution and we assist organizations to provide mediation and facilitation services to the public, members of a profession or employees of an organization. Click here to learn more. – Perfect

Your cart is empty

Total
Shipping and discount codes are added at checkout.
Checkout