Illegal Practitioners: Everything You Need To Know (Pt. 1) 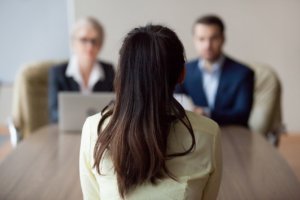 Listen to this series on Youtube or on our podcast.

We have all watched the movie Catch Me If You Can with Leonardo DiCaprio. Investigations of illegal practitioners are among the most interesting and satisfying assignments that we do at Benard + Associates. But to be done well, these cases involve creativity, strategy, and expertise.

In part 1 of our Illegal Practitioners series, we give you a run down on the most obvious and blatant regulatory offences in Canada – unlicensed professionals. These are people who have never received a license to practice their profession in Canada, or have had it revoked. The job of regulatory investigation firms like us, is to gather enough evidence for the regulator to prosecute or obtain court orders to cease and desist. We will write more about regulators soon but for now, know that there are regulatory bodies for every type of license: there’s a pest management regulatory agency, immigrations consultant of Canada regulatory council, even an investment industry regulatory organization of Canada.

What is illegal practice?

Illegal practice is when people practice professions who are not licensed or registered to do so. That’s right – fake doctors, engineers, dentists, lawyers, and the list goes on. They are dangerous and put the public at risk.

Catch Me If You Can was supposedly a true story dramatizing Frank Abagnale, who posed as a doctor, a pilot and several other professions on his fraudulent journey through his 20s and 30s. The story suggests that Frank Abagnale committed victimless crimes because he never actually flew a plane, or treated a patient as a doctor. But, this is not true. He left quite a trail of victims behind him. The ‘happy ending’ story that he evaded capture by the FBI for five years and received a special early parole to work for the FBI are – like his prior exploits – dramatically exaggerated.

They come in all forms. Some have never practiced or been educated in a profession. Others have once been members of a profession but were revoked from practicing due to violations that deemed them unsafe, or simply lacked the good character to serve the public. We’ve seen fake nurses in dialysis units, fake veterinarians performing spaying and neutering of people’s pets, fake physicians offering cosmetic procedures, and fake dentists filling cavities and even doing dental implants. Scary? Yep!

Some set up their own shop from working out of a basement in their home, an office, or mobile “on the go service”. Some manage to defraud their way into hospitals or other legitimate practice settings. Illegal practitioners are fraudsters and that is the name of their game. They somehow get around the rules and deceive customers, colleagues, recruiters and employers. So, how exactly do they get away with this, especially when there are checks in place such as in a hospital setting?

How do illegal practitioners do it?

Often, they prey on vulnerable communities like new immigrants who might not know about licensure, or economically challenged groups who just hear by word of mouth about the guy down the street who can help you out for cheap. In these scenarios, they often go unreported. Unfortunately, the sad reality is that they are providing some service to those who might not have access to any other alternative. Like so many things, it is our marginalized communities that suffer the most or are most likely to be victimized. Despite what you see in the movies, illegal practitioners do cause real harm including financial, emotional, and physical harm. The hurt and pain can be very real.

How big is the issue of illegal practitioners?

This issue is bigger than you probably think. In many cases, people are afraid to make accusations. The number of cases we investigate that emerge from anonymous reports or complaints suggests that for every case we are aware of, there are dozens more that we simply don’t know about. Think about the botox parties alone where often there is illegally distributed and administered botox by people who have no proper training or credentials to do so.

Who is supposed to be dealing with this behaviour?

The laws that regulate professions and professionals are provincial, and the regulation of most professions is delegated by provincial governments to regulators. Regulators are responsible for these complaints. Take comfort in knowing that in our experience, regulators take this issue very seriously and do their very best to address it (see linked resources at the end of this article for a list of regulatory bodies). They also usually request support from investigation firms like Benard + Associates, who get hired by the regulators to investigate.

So what does a typical regulatory investigation look like?

Over the past 20 years we have investigated hundreds of these cases, and the tactics we employ are indeed interesting. However, we can’t share all the methodologies we employ or we might tip off the bad guys!

A typical regulatory investigation involves all or some of these things:

Some or all of these tactics are required to get the evidence needed to prosecute or seek civil remedies to stop the behaviour. These broad actions can further be broken down into a variety of special approaches and extraordinary measures for each specific case. For example, we have planted cameras in the middle of the night in public places. We did this to capture images that will later afford us evidence that we can use.

Of course, we need to know where the line is in our investigative work to ensure that we are acting appropriately and within the law. We have been threatened, assaulted, and exposed to many risks doing this work. These can lead to very uncomfortable and risky situations. However, it is gratifying to know the impact it has in protecting people from harm.

To learn more about illegal practitioners..

This is only part 1 of our 3-part series on Illegal Practitioners. (Read part 2 and part 3). Thank you for reading and we hope this was helpful. Our goal for these articles, as with everything we do, is constant and never-ending improvement and we need your feedback to do that. If you want to hear more about this topic and/or have specific questions that we did not answer, please send us an email or a message.

If you believe you know of an unlicensed professional in Ontario or Nova Scotia, feel free to give us a call for general advice. Also make sure to contact the licensing body responsible for that profession in the province in which you believe they are operating. Just do an internet search such as, “[Insert profession name] licensing in [insert your province or state]. That should be enough to find the regulatory body that oversees that profession in your area. If you are concerned about a professional in another province, Canadian Immigrant magazine provides a comprehensive list of licensing bodies for regulated professionals in Canada.

Dean has been a professional investigator for almost 30 years, including roles as a police officer, regulatory investigator, investigations manager, and has run Benard + Associates since 2003 where he and his team have conducted thousands of investigations in regulatory and workplace matters. He is an advisor, consultant, coach, and leader in the investigations and conflict resolution communities.

His background educationally includes a nursing diploma from Fleming College. Yes, he was first a registered nurse working in critical care and research, before he entered the investigative field! He holds a Bachelor of Arts in Health Administration and Ethics from York University, a Masters of Laws in Alternative Dispute Resolution from Osgoode Hall Law School, and has a postgraduate certificate in Diversity and Inclusion from Cornell University.